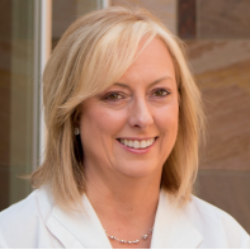 Amy Gundelach has been officially welcomed to the American Health Council’s Industry Board, in recognition of her outstanding services to the field of healthcare.

Accumulating over 29 years’ experience in providing exceptional care for patients, the Gynecologic Oncology expert is changing the profession for the better and is now serving in her current role as Gynecologic Oncology Nurse Navigator at the University of New Mexico Comprehensive Cancer Center in Albuquerque, NM.

Her passion for the field began when she worked in a mental health unit where she became inspired by the selfless work of the nurses and doctors around her. This inspiration fueled her own journey to pursue nursing, leading Ms. Gundelach to achieve outstanding educational excellence and occupational success. She attributes this success to the amazing doctors and fellow nursing colleagues she has worked with throughout her career who have helped guide her nursing path.

Ms. Gundelach is highly qualified in the field and achieved a BS in Biochemistry and Psychology from the University of Arizona in 1989, a BSN in nursing from the University of Colorado in 1995 and an MSN in nursing from Loyola University in 2017. She has also achieved RN, OCN, and AG-CNS certifications in nursing. This consistent dedication to progressing her learning has enabled Ms. Gundelach to become a decorated oncology specialist with awards from multiple high profile institutional bodies.

From 2009-2010 Ms. Gundelach was a leadership development fellow with the Oncology Nursing Society Foundation and in May 2011 was the recipient of the Honor Someone Special Award from the Oncology Nursing Society. Following this, Ms. Gundelach received an award from People Living Through Cancer in the nursing category as well as being nominated for the ONS Peoples Caring Award. This renowned healthcare professional was also acknowledged by the New Mexico Legislative Memorial Recognition for her outstanding work creating awareness for gynecological cancers. On top of this, Ms. Gundelach was the recipient of the Nightingale Scholarship Award from the NM Centre for Nursing Excellence in March 2015, received a masters scholarship from the Oncology Nursing Society Foundation in May 2015 and received the Making a Difference Award from the Society of Gynecologic Nurse Oncology in March 2018. These outstanding achievements demonstrate her unrivalled dedication to her field and exceptional service to patients.

Among these many accomplishments, Ms. Gundelach is most proud of her founding role in The Gynecology Cancer Awareness Project – a foundation the Gynecologic Oncology specialist developed in order to support those with a Gynecological cancer diagnosis. The mission of the GCAP is to empower women who are battling gynecological cancer by providing education and support in New Mexico.

Ms. Gundelach also has professional associations with the Oncology Nursing Society, the American Health Council, the Sigma Theta Tau, the Society of Gynecologic Nurse Oncologists, The Academy of Oncology Nurse & Patient and Navigators.

Ms. Gundelach’s current role as a Gynecologic Oncology Nurse Navigator in the gynecologic oncology division at the only National Cancer Institute (NCI) – designated cancer center in the state of New Mexico. Her day to day responsibilities include finding ways to remove barriers to patient care thus improving patient outcomes.

Ms. Gundelach’s goals within the next five years are to develop her new role as an oncology clinical nurse specialist as well as focusing further on cancer survivorship whilst minimizing psychological distress related to a gynecologic cancer diagnosis.

Outside of her highly acclaimed healthcare career, Ms. Gundelach enjoys a varied range of hobbies including trying new restaurants, traveling and gardening. 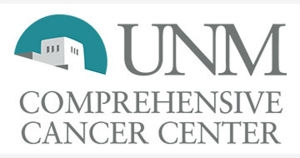