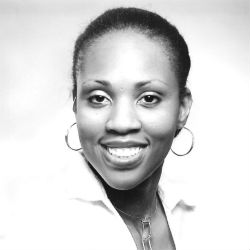 The American Health Council welcomes Angela Quinn, BA, MCP, MSN, NP-BC, to its Nursing Board. She is the proud owner of Mobile Skin Screening LLC., a mobile skin screening service that provides skin cancer screenings and dermatology services in the privacy of a patient’s residence or workplace. She has given five years of her service in dermatology and has been running her business for over a year. She prides herself on being thorough, educating people about skin cancer prevention, and taking her time when it comes to caring for her patients.

Angela Quinn has been the recipient of many impressive awards over the duration of her studies and career. Such honors include the Nightingale Award for MSN Students, the Valere Potter Scholarship, the Inez Bramley Scholarship, and the Albert C. Yates Fellowship. She was also placed on the President’s Honor List for her academic excellence, awarded the Outstanding Academic Achievement Award, and became a member of the Phi Theta Kappa Honor Society.

To improve her community, Ms. Angela Quinn involves herself in a number of charitable organizations involving veteran’s groups, local women’s groups, food pantries and homeless shelters. She is also a member of the American Nurses Credentialing Center, the American Nurses Association, Doximity, and the American Health Information Management Association. She would eventually like to begin mentoring future Nurse Practitioners who are interested in Dermatology.