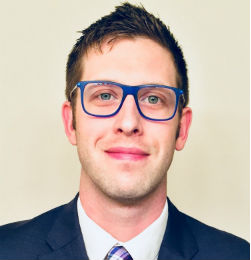 The American Health Council is proud to appoint Heath Cruise Tolliver, BA, BSN, RN to its Board of Nurses for his outstanding dedication to improve the lives of others. Currently enrolled as a graduate student in a Master of Science in Nurse Anesthesia program in Florida, Mr. Tolliver has already accumulated over six years of experience in the medical field. His path toward a career as a Certified Registered Nurse Anesthetist (CRNA) started during his military service with the Michigan Army National Guard. As a Michigan Army National Guard veteran, Mr. Tolliver gained specific combat skills, tactical competence, and medical training while simultaneously earning his Emergency Medical Technician (EMT) licensure and attending university classes.

At 16 years of age, while completing high school, Mr. Tolliver’s brilliance and academic ambition led him to pursue college coursework as a dually-enrolled student.  By the time he graduated high school, he had reached junior status at the University of Michigan – Flint. Following high school graduation, he immediately enlisted in the Michigan Army National Guard, a branch of the U.S. Army. During his time in the Army he maintained a rigorous academic and physical training schedule as both a member of the military and college student. Not one to shy away from a challenge, he pursued dual bachelor’s degrees in human biology and communication.

For three years, he dedicated his service in an underserved area as an emergency medical technician in the heart of the Auto City, Flint, Mich. In 2011, he completed both degree programs at the University of Michigan – Flint. The same month he graduated, Tolliver enrolled at Michigan State University in a 14-month, accelerated nursing program. Following his completion of the Bachelor of Science in Nursing degree in 2012, he immediately started work as an RN in an intensive care unit (ICU). For four years he worked in the ICU traveling around the country to administer care. This path in travel nursing was an opportunity to provide care in Michigan, South Carolina, Florida and California.

During his time in the military, Mr. Tolliver was exposed to stressful, dangerous, and complex situations. Coupled with his experience working the streets of Flint as an EMT he quickly developed a leadership mentality. In 2009, he was deployed to Northern Iraq, where he specialized in airborne military intelligence. The striking cultural changes allowed him to put his skills to the test. While on a six-man reconnaissance team he continued to take college courses even while deployed overseas. Through a myriad of compelling, life-altering situations, Mr. Tolliver’s inspiration never faltered and he used it as fuel for his drive and motivation. He has performed cardiopulmonary resuscitation (CPR) on countless individuals all over the country, and watched as lives drastically changed within seconds during his time as an EMT, ICU RN, and military reconnaissance member.

He considers himself incredibly lucky to have experienced various situations. Both in the military and academically, he has viewed the situations presented to him as opportunities for growth. Now he performs anesthetic routines for patients undergoing surgical procedures. His anesthesia training is performed at all levels, from pediatric to open heart surgical cases, and many others. He continues to apply his extensive knowledge of science, medicine, healthcare and critical thinking to every procedure.

Mr. Tolliver’s ultimate goal is to continue to improve care and serve as many people as possible through whatever means necessary. Whether it be simple gestures or practicing medicine, he routinely engages in random acts of kindness outside of his profession and finds it rewarding to help those in need; he said, “it’s a daily motivator to make at least one positive change in someone’s life and expect nothing in return, especially if it’s a complete stranger!”

He is proud to have served in the 425th Airborne (ABN) Infantry (INF) Long Range Surveillance (LRS) Co. Foxtrot for six years, and is a member of its association. He maintains an active relationship with his alma maters, as he mentors nursing students at Michigan State University, and belongs to both of the institutions’ student association. He is a Florida Association of Student Nurse Anesthetists (FASNA) representative, and is a proud member of the American Association of Nurse Anesthetists (AANA). While attending the University of Michigan-Flint, he received the Commitment to Service Award, and earned the Michigan Nurses Foundation Award while at Michigan State University. He was nominated for the Daisy Award while working as an ICU nurse in the Medical-Surgical Intensive Care Unit (MSICU) at the Medical University of South Carolina (MUSC). He is incredibly honored to be a part of Operation Iraqi Freedom (OIF) in Iraq, and humbled to participate in a maritime and multinational North Atlantic Treaty Organization (NATO) exercise, Operation Sea Breeze in the Ukraine.

Although Mr. Tolliver’s schedule is often hectic, he finds time to enjoy personal hobbies. After serving as a traveling nurse, his fervor for traveling heightened. Currently, he has visited 38 states and four continents. Plans to visit all 50 states and all seven continents are on his post-graduation to-do list. He enjoys spending time in nature and the outdoors, as well as maintaining a physically-active lifestyle through weightlifting and hiking. He also practices long-range and tactical marksmanship.

To continue his successful academic momentum, Mr. Tolliver plans to enroll in a Doctorate of Nurse Practice (DNP) program after graduating from his nurse anesthesia program later this year. He will continue to strive to help patients and healthcare professionals understand the role of a certified registered nurse anesthetist, as he believes there is a large misconception of the full training and qualifications of the role. He plans to grow fully in his career, and ultimately, administer anesthesia to patients of all ages, at all levels. He is honored to serve as the class president of his anesthesia program, and is thrilled to complete his program this June.