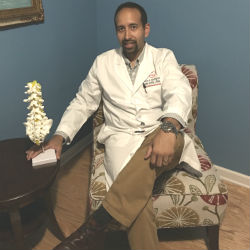 A Dominican Republic native, Dr. Rodriguez grew up around farmlands. He attributes his nurturing demeanor to his humble upbringing. With a passion for nursing, Dr. Rodriguez relocated to the United States in 1999 to pursue his dream to heal and help others through nursing, as well as attain his academic goals. He enrolled at Housatonic and Gateway Community College, where he was named to the Dean’s List in 2001, 2002, and 2007. He earned an Associate Degree in Nursing in 2004 at Housatonic Community College and later earned a Bachelor of Science in Nursing degree from Southern Connecticut State University in 2008. In 2015, he earned a Doctor of Nursing Practice degree, an Advanced Practice Registered Nurse and Certified Registered Nurse Anesthetist (CRNA) certifications from Fairfield University, where he graduated with Magna Cum Laude honors.

While obtaining his academic training, Dr. Rodriguez simultaneously served as a Registered Nurse at Bridgeport Hospital in 2004. He remained there for 10 years before accepting a CRNA role at Yale University School of Medicine in 2016 and later joining Integrated Anesthesia Associates in 2018. In that role, he is responsible for pre-operative, intra-operative, and postoperative anesthesia care. In addition, he provides inpatient pain management. He has the vital role of maintenance and restoration of a stable condition during and immediately following surgical, obstetrical, and diagnostic procedures. Furthermore, he provides Monitored Anesthesia Care and sedation for procedures outside of the operating room and conducts pre-anesthesia assessments and consultations for the preparation of patients for anesthesia.

He was nominated by his peers at Bridgeport Hospital for the Making a Difference Award in 2007 and 2012. He is a member of the American Association of Nurse Anesthetists and the Connecticut Association of Nurse Anesthetists. Among his many accomplishments, Dr. Rodriguez is proud of his loving wife and three children. With a successful career at hand — one that he attributes to his hard work, dedication, sacrifice, and passion for his profession — he plans to excel his career by fostering personal and professional growth and establishing a stable practice. 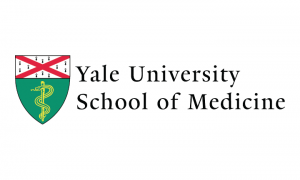