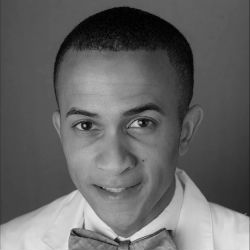 The American Health Council welcomes clinician Brandon Bryant BSN, SRNA, to its Board of Nurses. Brandon’s seven years within the healthcare industry are marked by a deep-seeded passion for patient autonomy and effective clinical care. He boasts a dynamic healthcare record, acting as practicing nurse, Interim Nurse Manager, and educator. The American Health Council recognizes Bryant for his leadership and the highest quality care he provides during every patient encounter.

During his undergraduate career, he pursued a Bachelor of Arts in Economics, graduating with a degree from the University of North Carolina at Chapel Hill in 2006. After 2 years of working in sales and marketing, a family experience then shifted his interest and attention towards the healthcare and specifically the nursing profession. Bryant earned his RN in 2011 and in 2013 he graduated with a Bachelor of Science in Nursing (BSN) from Winston-Salem State University. Always a motivated professional, Bryant pours himself into his career. He previously served as Interim Nurse Manager for the Intensive Care Unit at Carolinas Medical Center (CMC). After practicing as a registered nurse for some years, he decided to build his academic foundation and earn a graduate nursing degree and will be graduating with a Master of Science in Nursing (MSN) from the University of North Carolina at Charlotte (UNCC) in December 2018.

He is presently a Student Registered Nurse Anesthetist (SRNA) in the CMC/UNCC Nurse Anesthesia Program. His scholastic commitment to become a Certified Registered Nurse Anesthetist (CRNA) includes clinical rotations within the operating room. In addition to these extensive academic degrees and achievements, Bryant is certified in Advanced Cardiac Life Support (ACLS) and Basic Life Support (BLS). He presently trains future healthcare professionals as an ACLS and BLS Instructor. Furthermore, Bryant also possesses Critical Care Registered Nurse (CCRN) certification. His rigorous academic preparation and certifications enhance the patient experience he administers day to day. The American Health Council acknowledges Bryant’s exceptional commitment to nursing excellence. His fierce patient advocacy has led to shining professional accomplishments, such as the Carolinas Medical Center’s Spirit of Nursing Award he received in 2016 and the Marie A. Bader Award presented by the CMC/UNCC Nurse Anesthesia Program to the Outstanding Junior Student in 2017. In addition, Bryant maintains professional associations with the American Association of Nurse Anesthetists (AANA) and the American Association of Critical-Care Nurses (AACN).

Bryant remains passionate about his professional nursing work. He attributes much of his success thus far to the support he received from his family, official and unofficial mentors, and close friends. Bryant’s goals within the next five years include completion of his MSN program and beginning a career as a CRNA. He is committed to advocating on behalf of his profession, ensuring advanced practice registered nurses across the country are allowed to work with the highest degree of autonomy and professional respect. Additionally, Mr. Bryant plans to continue teaching BLS and ACLS courses.

In his spare time, Bryant donates his exceptional skills and resources to charitable organizations like Habitat for Humanity and the Crisis Assistance Ministry. When he isn’t altruistically giving to charity, Bryant enjoys spending time with his family and friends. He cultivates several active hobbies including running, playing tennis, traveling, and exploring the outdoors. The American Health Council’s Nursing Board welcomes Bryant’s expertise in Basic Life Support (BLS), Advanced Cardiac Life Support (ACLS), and Critical Care. 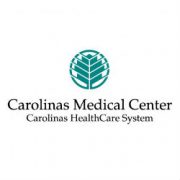